With stunning coastal scenery, unique wild life and adventurous treks, Northern Ireland’s County Antrim offers something for everyone. As a part of the United Kingdom yet detached from Great Britain, the region boasts a unique culture. Explore the streets of Belfast, grab a pint at a small local pub in one of the region’s quaint towns, and take in one of the world’s most unique coastlines. Northern Ireland deserves a spot on your bucket list. 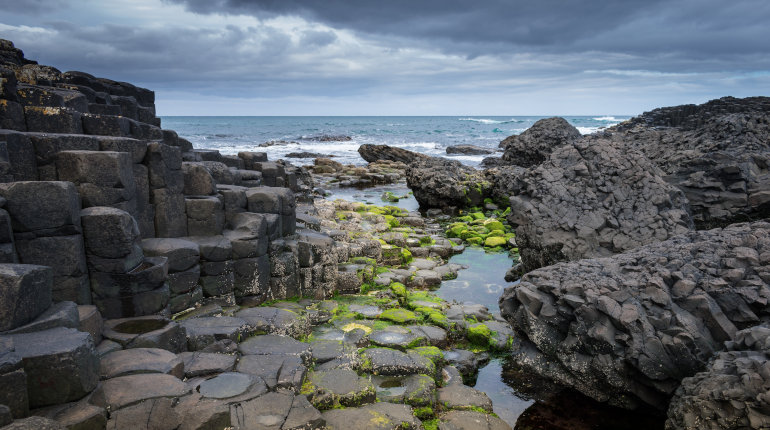 According to legend, the causeway once stood as a bridge when the Scottish giant Benandonner challenged the Irish giant, Fionn mac Cumhaill to an epic duel. After Fionn mac Cumhaill tricked Benandonner, the latter fled back to Scotland. Then, the Scottish giant destroyed the bridge behind him to keep him from following. However, geologists believe that the rock formations resulted from prehistoric volcanic activity rather than mythical giants. Nevertheless, the Giant’s Causeway exudes a magical air aura. The Giant’s Causeway Tramway opened in the 1800s. Since then, the site became a world heritage site by UNESCO and a nature reserve. When the National Trust later took over, it let the region’s beauty speak for itself. Today, visitors can hike on top of the basalt columns by the seaside.

The City of Belfast 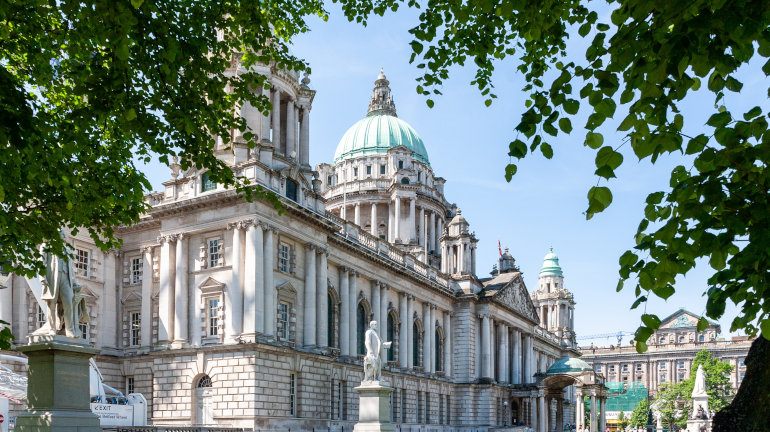 Over the years, Northern Ireland’s blossomed into a charming city that is worth a visit in its own right. As Ireland’s second largest city, after Dublin, Belfast offers a splash of metropolitan charm, with quality restaurants, a vibrant night life and plenty of museums and attractions. Belfast Castle is worth a visit. The 19th century castle stands on the sight of a much older predecessor that underwent many changes since the 12th century. Today, the castle serves as a popular venue, and houses a lovely restaurant as well as the Cave Hill Visitor Centre. The city of Belfast also enjoys plenty of green spaces to explore, including the Victorian Botanic Gardens, Cave Hill Country Park, Lagan Valley Regional Park and Colin Glen. Cave Hill overlooks the city, and provides an exquisite backdrop.

Getting There: Belfast is the capital of Northern Ireland and is well connected by coach. Providers, such as Aircoach and National Express, provide regular connections to Belfast. 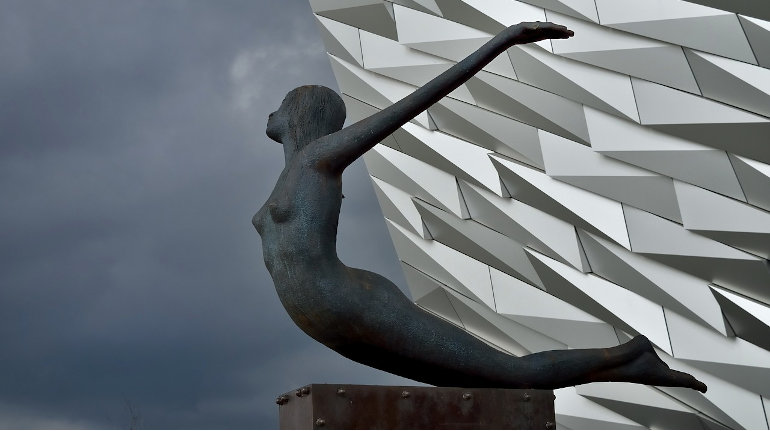 The Titanic Museum was built in 2012 to commemorate the 100th year since the tragedy. It stands in what’s now called the Titanic District, the site of the original ship’s construction. With four wings, the museum was built to resemble the hulls of a ship. Its facade is covered in striking metallic shards. For an extra fee, visitors can board the SS Nomadic, the world’s only White Star Line vessel. 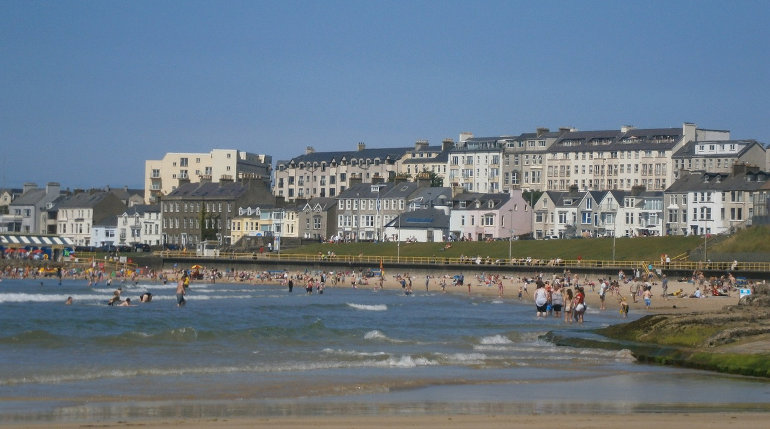 For more of a relaxing visit, check out the coastal town of Portrush.  Its sandy beaches and golf courses make it the perfect place to relax! In fact, Portrush hosted the Irish Open 2019 golf tournament. The West Strand, East Strand and White Rocks beaches attract many tourists in addition to Blue Flag beach in nearby Portstewart. The Kelly’s complex boasts some of Northern Ireland’s best night life, particularly the nightclub Lush! Barry’s Amusements can also be found in Portrush and is Northern Ireland’s biggest amusement park.

Getting There: You can reach Portrush from Belfast or many towns and cities in Northern Ireland through its regional transportation network. 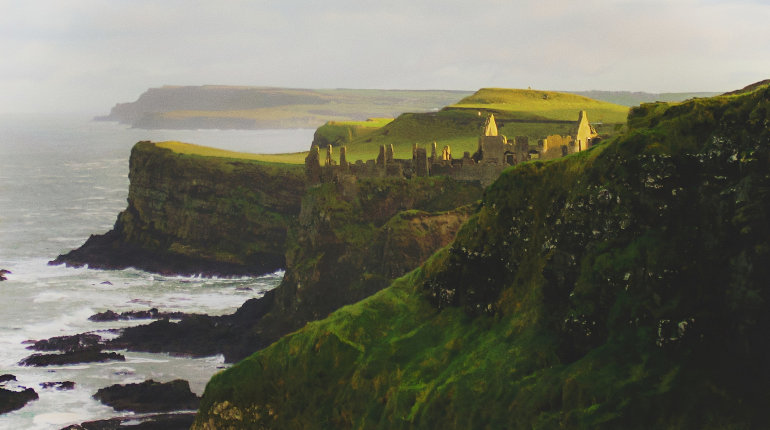 Fans of the massively popular HBO series Game of Thrones may recognise the ruins of this 14th century castle as the Greyjoy stronghold, Pike. Standing around 30 metres above the sea on a cliff, several stories and superstitions surround the castle. Dunluce Castle was strategically important when Vikings raided the coast. The castle then passed from one family to another in a power struggle over the region. During the 17th century, a powerful storm caused sections of the castle fall into the sea below. Consequently, the castle is still in ruins today. Nearby Wee Cottage is the perfect place to stop for a break and enjoy some traditional scones and tea. 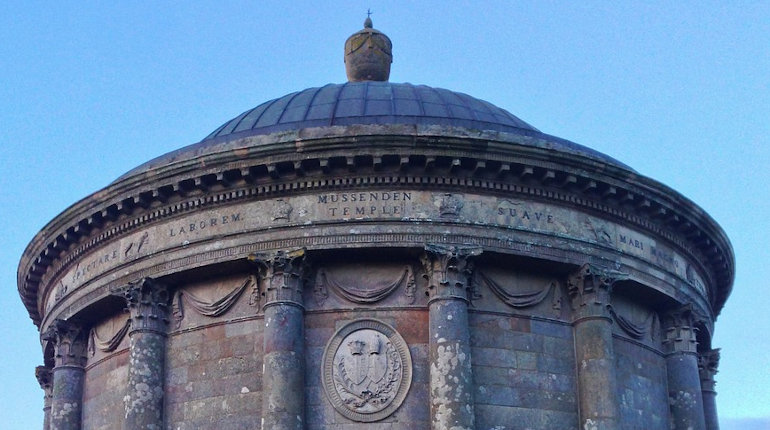 Built in 1785 as a part of the Downhill Estate, the Mussenden Temple is a well-preserved replica of Italy’s Temple of Vesta. Mussenden Temple was originally intended as the estate’s library. Unfortunately, fires destroyed the temple in the mid-19th century. Two decades later, the estate’s owners rebuilt the temple, only to be abandoned to the point of disrepair after World War 2. The National Trust saved the landmark from destruction, and stabilised the cliff to keep it from going over. Stroll the grounds to see the ruins of the original manor and beautiful walled gardens. 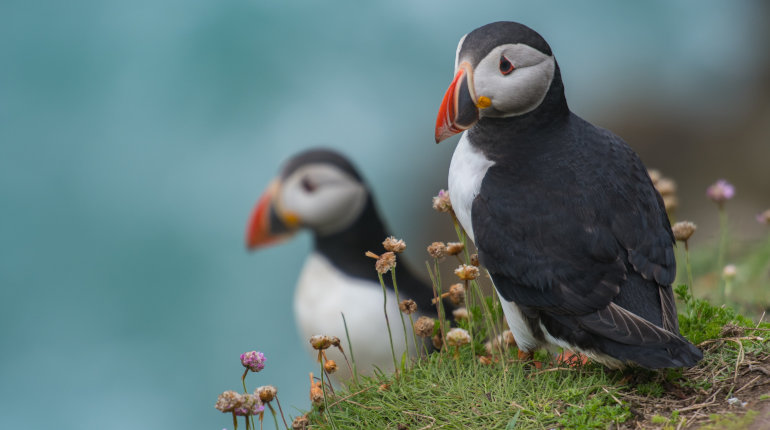 Wildlife enthusiasts will love the puffin colonies by the Gobbins cliff walk and Rathlin Island. Rathlin Island is particularly the place to go to see scores of interesting birds, as well as puffins, and is only six miles away from the northern coast. West Light Seabird Centre gives visitors a close-up view of the puffin colonies with its unique ‘upside down’ lighthouse design. The Gobbins cliffs serve as the country’s only mainland puffin colony, and both locations provide amazing views and many nearby attractions, such as the Ballygally Castle Hotel or the Islandmagee peninsula. 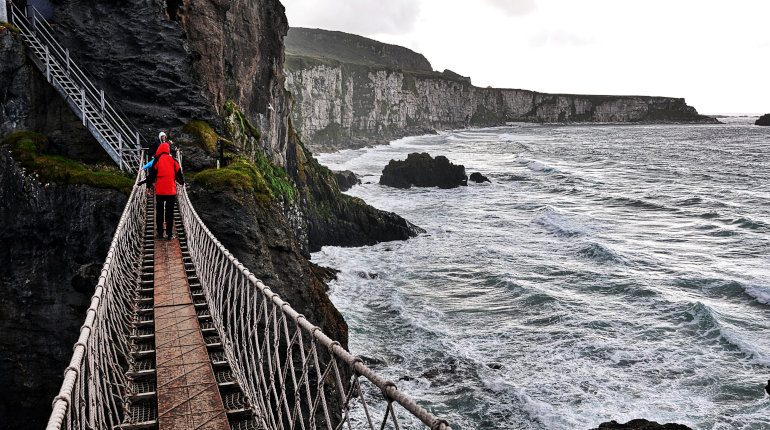 Are you feeling brave? The Carrick-a-Rede Bridge is suspended nearly 30 metres above the ocean, and has been responsible for linking Carrick Island with the County Antrim’s mainland for roughly 350 years. Walking over such heights on a shaky bridge is unsettling to many. However, the reward is worth it! You’ll see some of the best views of the Causeway Coastal Route. It’s possible to see the Rathlin Island and even some of the Scottish coastline. If you’re a Game of Thrones fan, check out Ballintoy Harbour for a glimpse of the Iron Islands.

Getting There: Travel from Belfast via regional transport to get to the town of Ballintoy. Alternatively, you can get there with one of the following tours: