The eighth edition of the FIFA Women’s World Cup will be taking place in France this year. For the first time in the competition’s history, the Hexagonal will be hosting the best women’s football teams from 5 continents from 7 June – 7 July in iconic stadiums throughout France. Thanks to CheckMyBus, you’ll be able to travel cheaply by bus to every corner of the country and attend all the matches to cheer on your favourite team.

With the exception of Lyon, which will only host the semi-finals and final match, the following host cities will feature group matches, then matches in the eighth and quarter-finals: 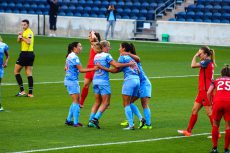 As is tradition, the French capital will host the opening match between France and South Korea on 7 June at the Parc des Princes. Among the group matches that will take place, Scotland’s team will face off against Argentina on 19 June. Other matches from around the world that will play in Paris, include South Africa vs. China on 13 June, Argentina vs. Japan on 10 June, and defending team, the United States vs. Chile on 16 June. Paris will also host knockout rounds on 16 and 24 June as well as a quarter-final on 28 June. 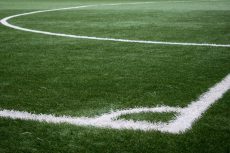 Famous for its ski slopes, Grenoble will host matches at the Stade des Alpes, including New Zealand vs. Canada on 15 June. Other competing teams in this picturesque city include Nigeria, South Korea, Brazil, Australia, and Jamaica, which will play twice on the 9 and 18 June. Finally, Grenoble will host an eighth-final match on 22 June. 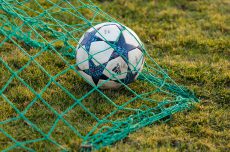 Germany, whose women’s football team already boasts two World Cup victories, will face South Africa at the Stade de la Mosson on 17 June. Other group matches will include teams from around the world, including Cameroon vs. Canada on 10 June and then New Zealand on 20 June, and Australia will be playing against Brazil on 13 June. The last chance to view a Women’s World Cup match in Montpellier will be on 25 June in the round of 16. 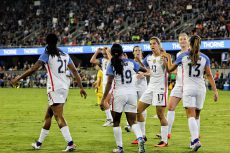 On 8 and 17 June, the Champagne Capital’s Stade Auguste-Delaune will host the Norwegian women’s team for matches against Nigeria and South Korea. On 11 June, the current US world champions will face off against Thailand. Finally, two games will pit Europe against the Americas with Jamaica-Italy on 14 June and the Netherlands-Canada on 20 June. On 24 June, an eighth and final round will take place between groups B and F.

The port city’s Stade Océane is among the venues to host the most matches, both in the group matches as well as the eighth and quarter-finals. England will face off against Argentina on 14 June and New Zealand will play against the Netherlands on 11 June, and Sweden will oppose the United States on 20 June. Among the teams present at the start of the competition are Spain, which will compete with South Africa on 8 June then China on 17 June. To top things off, Le Havre will be the scene of an eighth-final on 23 June and a quarter-final on 27 June. 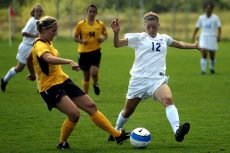 Proudly bearing its Breton name, the Roazhon Park in Rennes opens up to the world during the Women’s World Cup. The stadium will host Scotland’s match against Japan on 14 June. Other matches include: France vs. Nigeria on 17 June, China’s match against Germany on 8 June and Chile against Sweden on 11 June and Thailand on 20 June. Additionally, Roazhon Park will have two knockout matches: an eighth-final on 25 June and a quarter-final on 29 June. 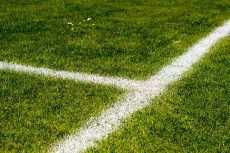 The Stade du Hainaut will host the match between Italy and Australia on 9 June and Brazil on 18 June. Germany will play against Spain on 12 June, and the Netherlands will face Cameroon on 15 June. On 23 June, a game of the eighth-final will take place and a quarter-final will be hosted here on 29 June. 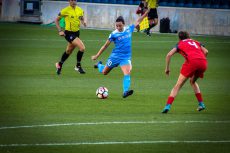 The match between France and Norway will be taking place 12 June, at the Stade de Nice. For the English, strolling the famous walk will be secondary to the epic match against Scotland. England will be up against Scotland on 9 June then will face Japan on 19 June. On 16 June, Sweden will face off against Thailand. During the finals, Nice will acquire a special status compared to other host cities, with the first match of the round of 16 kicking off on 22 June as well as the small final round for third place on 6 July. 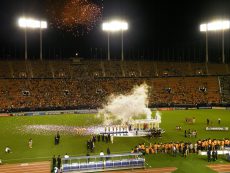 The Olympique Lyonnais is at the top of the national ranking as well as the European ranking of women’s football clubs. With twelve league titles in France, five in Europe and being in the Champions League, Lyon is an obvious choice to host the decisive World Cup games. The Parc Olympique Lyonnais will welcome the best international teams for the semi-finals on 2 and 3 July as well as the final match on 7 July. The atmosphere will be intense so don’t delay in booking your bus ticket to cheer on the winners!