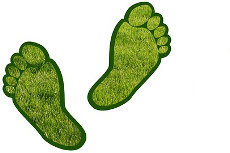 Taking the coach is one of the eco-friendliest ways of travelling. According to recent figures of the German UBA (a federal environment agency) travellers opting for the coach only cause 32 grams of CO2 per kilometre while the train on average causes 41 grams. Both of them can be considered fairly green ways of travelling when compared to going somewhere by car (142 grams of CO2/kilometre) or taking the plane (211 grams of CO2/kilometre). However, if you want to do even more for the environment or for society, then there’s plenty of options!

The German coach company and market leader FlixBus, for instance, allows customers to opt for a so-called carbon offset contribution when booking a ticket. Travellers agree to pay a small extra fee, which is usually only a few pennies, in order to compensate the CO2 they cause by going somewhere. This way your journey is basically carbon neutral because you make up for the pollution you cause. Every year, the money goes to a different project: Every contribution collected in 2016 will benefit the construction and maintenance of wind turbines on the Caribbean island of Aruba. In Germany, the company’s core market, customers are actually given the chance to vote for a project of their choice. The money hence went to a Germany based project called Foodsharing, whose members pick up food from local supermarkets which is still good to eat but deemed not good enough to sell. The fruit and veg is then taken to homeless shelters and other social institutions.

In the UK, National Express offers a similar attempt to make coach travels even more sustainable. Instead of giving the contributions to climate protection projects, customers can pick one of two social causes which they would like to support. At the moment these two are the Royal British Legion, which supports members of the military and Canine Partners, a project advocating the improved training of guide dogs for the disabled.