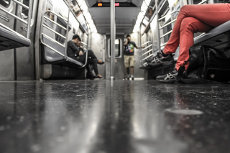 Before the amendment, customers were entitled to compensation in cash. Now, they will receive their compensation by the method they originally bought their ticket. What’s more is that passengers not only receive compensation in case of significant delays but also for poor service in general. For instance, a compensation claim can be filed if the train was overcrowded or if the toilet facilities were not in an adequate condition. Weak wifi signals and poorly stocked buffets can be the cause for compensation as well if the company in question clearly markets these as part of the service. Compensation can also be extended to expenses caused by delays. Should a passenger miss a plane due to a cancelled coach or train service, the rail company can consequently be made liable. In general, the service, which was payed for by the customer – be it a coach, ferry or train ride – has to be operated with reasonable care and skill.

Although the new compensation arrangements are a step towards improved customer service, they were immediately followed by an outrage from passengers and consumer groups, which argued that the rail companies failed in informing their customers about their new rights. Both Transport for London and Virgin Trains, for instance, missed updating their websites and adding the changes. Also, it remains to be seen how easily compensation claims can be filed for poor service. In general, the failures and shortcomings need to be well documented in order for your claim to be successful.