The spread of coronavirus in the United Kingdom has forced the government to take extraordinary measures to contain it. CheckMyBus is closely following the situation to update its users on what’s happening, and the consequences for coach transport. 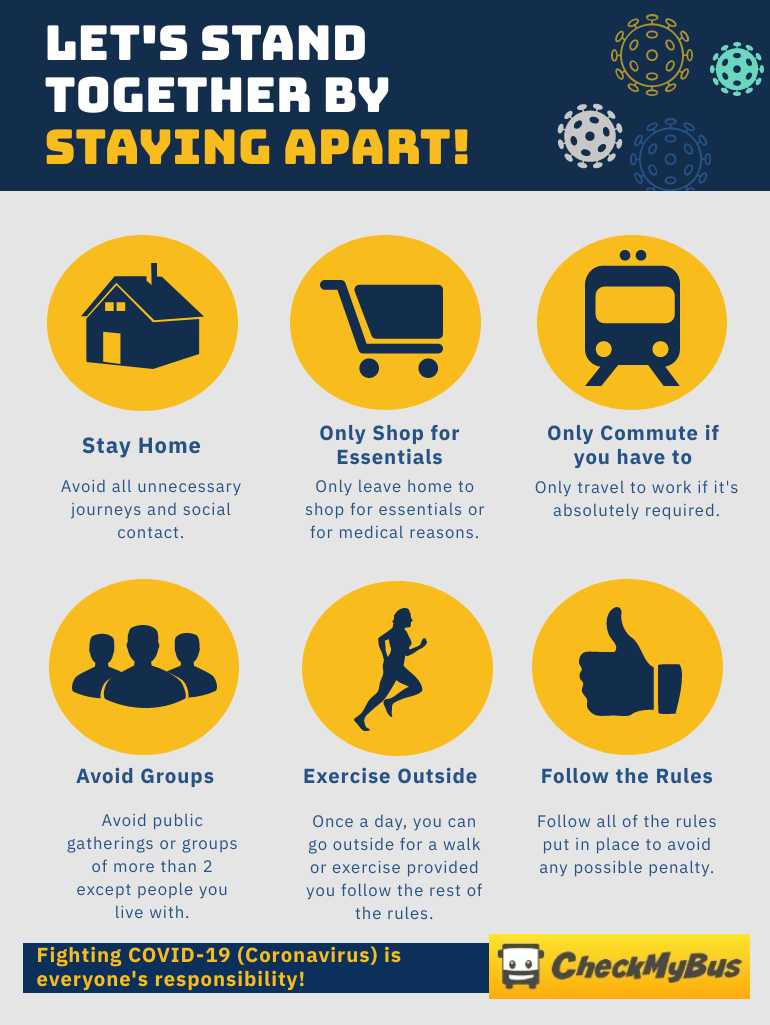 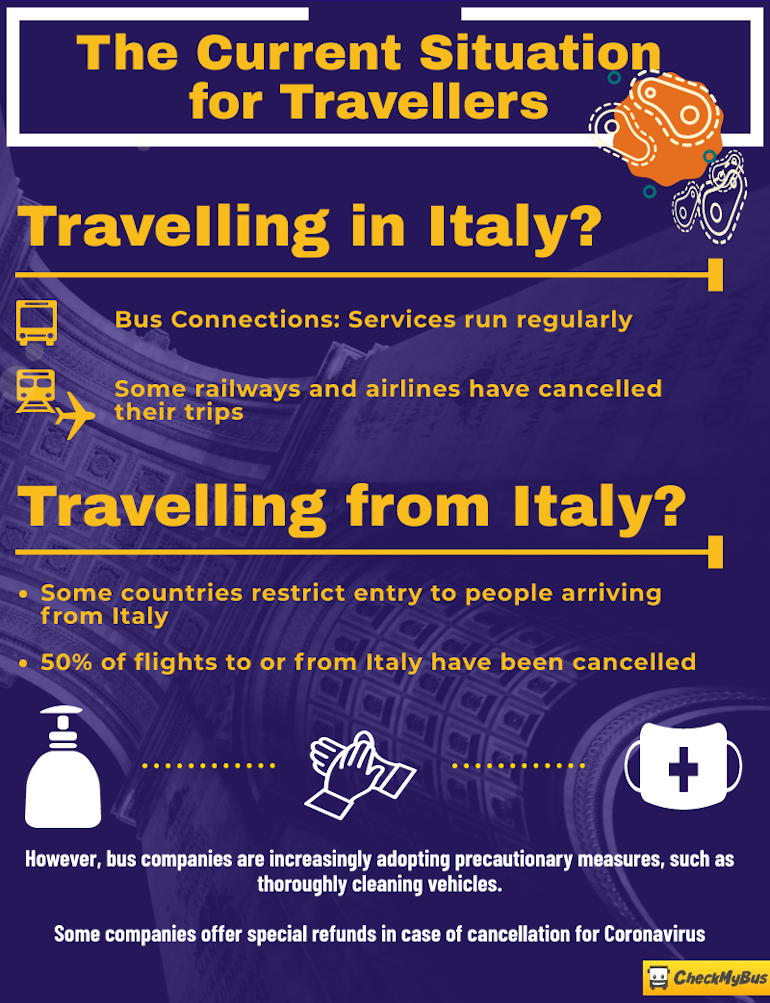 Czech coach carrier, RegioJet will cancel connections to Italy from 9 – 15 March. These are namely routes connecting Prague to Italian cities.

Passengers with reservations for these connections next week can either rebook their trips to start earlier during this week to have the chance to return to the Czech Republic. Alternatively, they can cancel their trip to get a full refund with no cancellation fees for journeys with travel dates up to 31 March.

*On 13.3, the Prague – Milan route will continue but end in Lucerne and on 15.3, this route will only travel from Zurich – Prague.

Additional transport companies, including more and more airline companies, allow the change of booking for flights to Italy.

In general, the health emergency does not provide for compensation, however we recommend saving all the documents to request reimbursements. 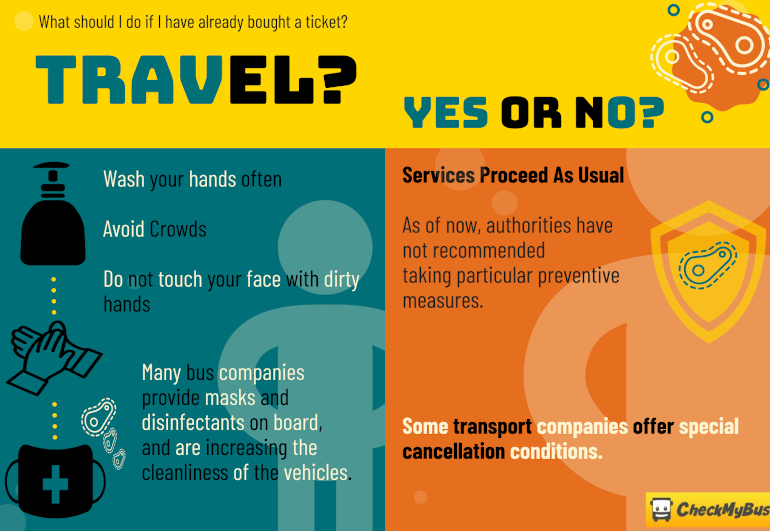 For the time being, authorities have not recommended particular preventive measures regarding the transport of passengers by bus.

However, more and more companies are offering masks and disinfectants on board.

As of now most international travel has been cancelled in many countries, if not strictly reduced. Travellers needing to return home are being urged by many countries to do so as soon as possible as many governments, such as the United Kingdom’s, have been working to bring their citizens home.

Similarly, many airlines have also been drastically reducing their flights, making commercial flights more difficult to obtain. For example, British Airways has suspended its flights to the United States.

Due to the drastic decline in demand, many coach companies have been slashing their services, and operate just for essential travel. Passengers should check revised timetables to make sure the connections they need are still available.

We advise all travelers to arrive prepared, bringing something to eat and especially water with them. If your trip includes connections, we recommend that you pay particular attention and also look for alternative routes.

Many countries around the world have imposed restrictions around their borders, as well as medical checks to help curb the outbreak. Many governments advise their residents to avoid all international travel.

How Should Travellers on Coaches and Trains Behave? 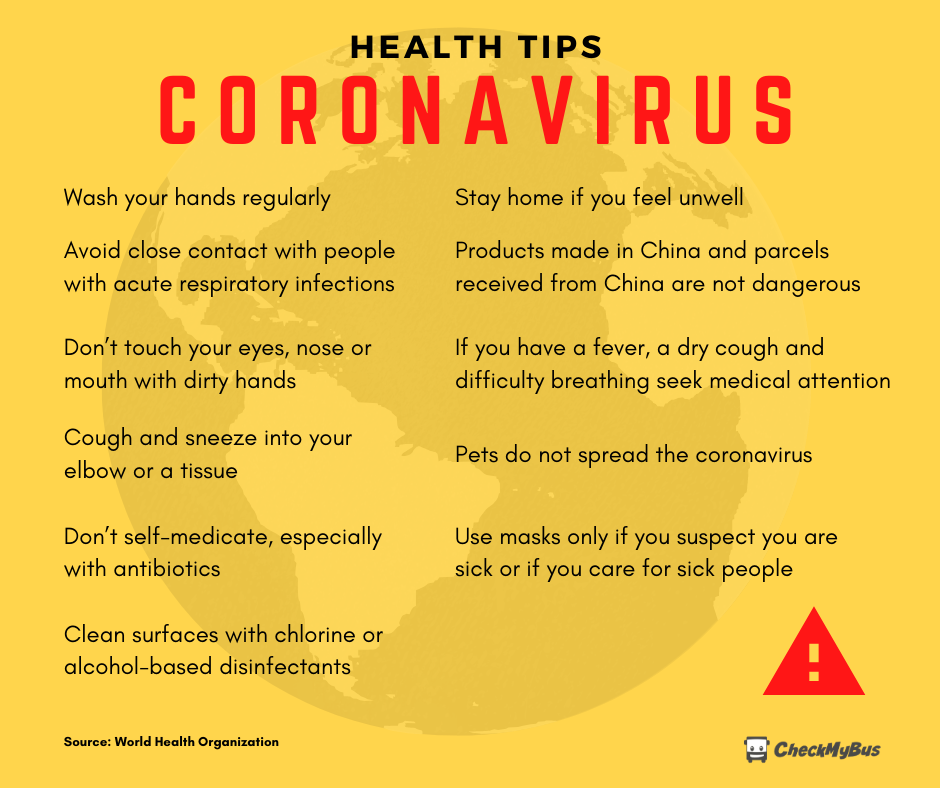 The World Health Organization recommends basic hygienic  practices. These include washing hands, not touching your mouth and eyes with dirty hands, covering your mouth and nose in case of coughing and sneezing. Avoiding direct contact with people who experience flu symptoms also limits the risk.

In the UK, both the Department of Health and Public Health England are stepping up to take pre-emptive measures to combat the outbreak. These include the NHS implementing specialist teams in hospital units, having Coronavirus diagnostic tests in labs throughout the country, and “enhanced monitoring” of flights from countries considered at-risk for the virus.

What to do if you’ve already booked a trip?

We recommend postponing all journeys that are not strictly necessary. Many coach companies will provide hand sanitizer dispensers and disposable gloves. In addition, companies will ensure coaches are cleaned and disinfected more frequently.

If you still want to cancel or postpone your trip, transport companies already offer the possibility to modify or completely cancel the previously booked ticket. These rebooking and cancellation policies are typically more relaxed and don’t require a cancellation fee.

For more information on how to cancel your bus ticket: CheckMyBus FAQ or Passenger Rights: Delay and Cancellation

Further information about the coronavirus:

After the spread of the COVID-2019 virus, better known as Coronavirus, governments around the world have implemented a series of drastic measures to contain its spread. These include closing schools and offices, suspending demonstrations and other events, and above all limiting free movement for the municipalities concerned.

However, various transport are still operating to serve customers with an essential need to travel. Companies, such as FlixBus have drastically reduced their services, completely suspending them in many countries, while National Express and megabus continue to run with reduced services.

As countries around the world pass more and more travel restrictions, CheckMyBus is attentive to what is going on, and will publish further updates as the situation evolves.