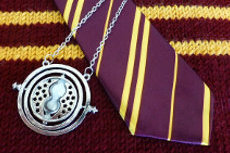 October has arrived, which means that Halloween is just around the corner. This year, Warner Brothers Studio will be hosting not one, but two special Harry Potter events to celebrate the season with a more sinister twist. The events will focus on the dark arts with Death Eaters and their masked costumes on full display and a duel between good and evil. At the end of the month, an event called Hogwarts After Dark will invite guests to tour the sets after hours, when Voldemort’s minions and the various creatures that reside in the Forbidden Forest will be on the prowl.

The Warner Brothers Studio Lot is located just one hour north of London in Leavesden, which is accessible via a shuttlebus that travels directly there from Watford Junction. Watford can easily be reached by coach.

Bus from London to Watford, National Express, from £18.05

Bus from London Heathrow Airport to Watford, National Express, from £11.28

Bus from Birmingham to Watford, National Express, from £22.67 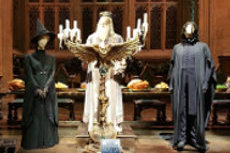 The Dark Arts event will be held at the studio lot from 1 – 12 October. Visiters will be brought into the Great Hall, where over 100 floating pumpkins will hover above their heads. Tables will be covered in apples and cauldrons full of lollypops for everyone to enjoy. The pumpkins themselves were created by none other than the head propmaker, Pierre Bohanna, and were modelled after those found in Hagrid’s pumpkins patch in the third movie.

The event’s not all pumpkins and lollypops however, since the Death Eaters will be out and about. In response, wand choreographer, Paul Harris, will be teaching guests proper wand movements so that they will be well-prepared to face the forces of the dark lord. Visitors will also be able to view the original Death Eater costumes used in the films close-up to notice the detailed designs on the robes and masks. In fact, each of the masks are unique and were handmade by the prop department to reflect each wearer’s individual personality. 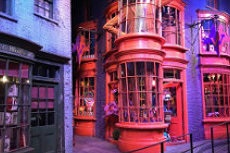 For diehard fans of the series, Warner Brothers Studio will host the Hogwarts After Dark Event from 27 – 29 October from 7:30 PM to midnight each day. Here, visitors can explore the sets at night, from the Burrow to Dumbledore’s office. The event kicks off with smoking dry ice cocktails before visitors are led into the Great Hall, where a two-course meal awaits. After the main course, everyone will be invited to dessert in the Forbidden Forest with some familiar faces, such as Buckbeak the hippogriff, and the fearsome Aragog.

The highlight of the event will be the chance the meet the films’ Prop Making Department, who will reveal the secrets of the great hall’s floating Halloween pumpkins. Visitors can then explore a dimly lit Diagon Ally, which will be crawling with Death Eaters to add a bit of danger to the night. After surviving your encounter with the forces of evil, you can wash down the experience with some butterbeer at the backlot café and call it a night.