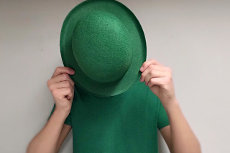 Next week the Irish will celebrate their national holiday again and although numerous places in the UK and the whole world have come up with their own St. Patrick’s Day celebrations, nothing beats the original Paddy’s Day Parade in Dublin. Instead of celebrating only on 17 March, the Irish make the most out of this special occasion by painting the town green for four whole days.

“Imagine If” is the motto of this year’s St. Patrick’s Day parade and it is meant to pay tribute to the imagination of the Irish youth as they look forward to a positive future. Apart from the parade, which attracts thousands of visitors every year, Dublin provides numerous other attractions, ranging from fun fairs to walking tours that allow you to trace the life and works of St. Patrick himself. Obviously, every day is bound to end with a traditional pint of Guinness in one of the local pubs. Make sure to wear green though! The colour is said to make you invisible to the eyes of leprechauns.

Coach trips to Dublin are inexpensive and many cities in the UK serve as points of departure. If you book your bus to the Irish capital now, you can get there for less than £30. Thanks to Eurolines UK, overnight connections will allow you to lean back and get some sleep on the coach and to arrive in Dublin on St. Patrick’s Day morning – just in time for the big parade!