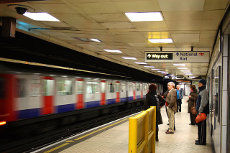 The UK seems to be fairly troubled by public transport issues at the moment: recurring rail strikes, overcrowded trains and high fares have more and more customers voicing their dissatisfaction. Commuters in particular are affected by these issues. A recent BBC study has found out, for instance, that people commuting into London, Birmingham, Leeds, Manchester, Liverpool or Bristol spend about 11 per cent of their disposable income on train fares. For comparison’s sake: According to an Action for Rail study, passengers commuting into Rome only have to spend 2 per cent of their net wages on the daily trip to work.

Especially when compared to long-distance travel, which is comparatively affordable in the UK, the cost of commuting appears to be excessively high. As a CheckMyBus study from March concered with low-cost coach prices in Europe found out, taking the coach in the UK is still considerably cheaper than in other European countries. Only passengers opting for the coach in Germany and France can still score cheaper fares. The reason for this is that these two markets were only recently liberalised and are accordingly still marked by a severe competitive struggle between the individual companies. This leads to numerous bus and coach deals and low-cost tickets.

This significant discrepancy between affordable long-distance travel and increasingly expensive commuter fares was reason enough for us at CheckMyBus to take a closer look at the different modes of public transport in the UK to find out, how expensive or affordable they really are. In order to do so, the average price per mile was calculated for a typical commuter train, a long-distance train, the London tube and the coach.

Read the full study here: Public Transport in the UK – Daily commute more expensive than a trip across the country

Commuting is more expensive than travelling across the country

The result is that – despite the discounts gained from an annual ticket – commuting to and from work is still the second most expensive form of public transport. Even taking a long-distance train across the country is more than 60 per cent cheaper with regards to cost per mile. If you travel from Reading to London, for instance, you have to pay about £9.89 per single journey (annual ticket used twice per day on Monday to Friday, allowing for annual leave). For this amount of money, you could also take a train from London to Manchester (£6.25 when booked about two weeks in advance) or a return coach trip from London to Edinburgh (£7.20 plus £1.50 booking fee with megabus). The average price per mile paid by a commuter in the UK comes to around 31.8p. This is more than eight times as much as you pay for a mile travelled on a coach. 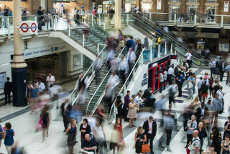 However, there’s a silver lining: politicians and organisations have realized that the situation for commuters is not at all a good one at the moment. In order to improve this, for instance, London’s new major Sadiq Khan has promised to install a fare freeze valid until 2020 for the capital’s urban transport system. Furthermore, he introduced the so-called “hopper fare”, which allows travellers to use two buses within one hour instead of just one. This way, the cost for a bus ticket is basically cut in half.

Affecting the suburbs as well could be Khan’s plan to take responsibility for suburban rail services away from franchises such as Southern and instead to give it to TfL. The aim is to improve services by getting rid of overcrowded trains. Khan’s fare freeze would then also apply to devolved routes.

Another issue currently tackled by UK authorities are passenger rights. The recently passed amendment of the Consumer Rights Act makes train services count as general services as well. This means that customers can now file for compensation, whenever they encounter poor service instead of promised features they signed up for by buying a ticket. “Delay Repay 15” is another recent improvement: It entitles train passengers to compensation even if their train is only 15 minutes late.

Find out more about the Consumer Rights Act: Improved Compensation Arrangements for Rail and Coach Passengers

All in all, the situation for commuters seems to be improving – slowly but steadily. After all, what’s a nice and affordable weekend staycation, if the subsequent commute is not only time-consuming but also a very dear endeavour.