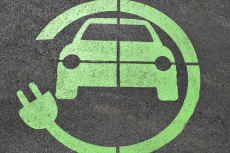 In a survey conducted by Volvo, more than 1000 people around the UK were questioned to share their thoughts on transportation in the country. Participants included people who drive their own cars, bus passengers, rail passengers, taxi users, motorcyclists and pedestrians all over the age of 16, and they revealed their preferred method of transportation, what changes they would like to see in public transport infrastructure and what kind of transport they’d see themselves using in the future. Of all the people surveyed, more than half strongly supported electric buses being implemented.

When considering the recent development of app-based taxi services, like Uber, 44% of those surveyed would prefer to take a bus to save money, however only nine percent would do so based on the speed of bus service, emphasising a need for authorities to create a system that prioritises mass public transport to improve efficiency. The top reasons, aside from cheaper fare prices, that draw passengers to the bus as a preferred mode of transportation include the frequency of services (28%), the availability of desired routes (25%), the availability of nearby bus stops (22%), being the quickest way to desired destination (14%) and cleanliness on the inside (12%).

Transportation for the Future

When considering the future of public transport and the transportation industry as a whole, concerns such as air quality, pollution, and minimising our carbon footprint as passengers have been taken into consideration. According to the Secretary General of Polis Network, Karen Vancluysen, “Air quality and congestion are the biggest urban mobility related challenges that cities are currently facing. Public transport and active travel should form the backbone of any sustainable urban transport system, along with measures related to modal shift, multimodal electromobility and urban vehicle access regulations.”

Many of those surveyed are very much aware of these issues and are willing to embrace a greener mode of travel. 55% of respondents think that more efforts should be taken with city planning to provide buses priority over other traffic to allow for speedier journeys, and thus more of an incentive to travel by bus, even if it means enduring delays to trips while infrastructure is improved. Volvo’s President, Håkan Agnevall, has emphasised that with the required support, the future of electric buses can mean more stops closer to people’s homes with no carbon emissions and diminished noise pollution as well.

Even though the car still appears to be the dominant mode of transport, even to younger millennials, the majority of people in the UK do support moving towards a greener transport alternative. 30% of those surveyed believe that changing the infrastructure of a city to optimise electric bus transport could pose a challenge , however this only stresses the need for transport authorities and companies to work together to put more electric buses on the streets and incentivise people to use them. Håkan Agnevall says that “People often have a perception of what a bus service can be, when comparing it to, and choosing their transport options.”