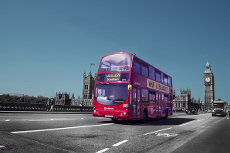 If you believe buses are just used for boring school trips or overcrowded public transport, take a closer look at the international bus industry. Tinkerer and innovators around the world are working on groundbreaking projects to improve the attractiveness of buses as means of transportation as well as the environmental impacts thereof.

The English city of Bristol is one of the most environmentally friendly cities not just because the so-called Bio-Bus has been in operation there since January 2015. The signature feature of the bus is that it runs on bio methane – a gas produced of garbage and human waste. Therefore, the inhabitants of Bristol lovingly call it “Poo-Bus”. As the bus runs on recycled waste, Bristol has an incredibly positive environmental record and, moreover, a lot of money is saved as bio methane is half as expensive as the predominantly used diesel. 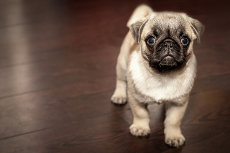 The red double-deck buses are iconic symbols of the British capital London. Although usually only humans take the bus for sightseeing tours, a British store for dog accessories held a sightseeing tour especially for dogs in January. Within the scope of a PR campaign, they organized a one-hour tour for the dogs and their owners. An audio-guide explained the sights they passed and the connection they have with dogs. Furthermore, the participants of the tour got an introduction to the “who is who” of the royal four-legged friends: the Queen’s corgis, the English cocker spaniel of William and Kate and many more. London’s dog hotspots as well as particularly dog friendly pubs served as a halt on the sightseeing tour.

In 2010, a much-debated project was introduced in China: the TEB-1. It is a kind of tunnel-bus, which was created to circumvent the over-crowded streets. The TEB-1 drives on rails, however, the main difference to normal rail or tram is that it looks like a bridge and is creating a tunnel through which cars can drive without being interrupted by the bus. So, the main advantage is that the tunnel-bus is able to drive over other cars and is thus not affected by traffic jams. The TEB-1 is not only aimed to be used in cities, but also for longer distances and highways. Unfortunately, after the first testing phase in August 2016, the project was set on hold. Nevertheless, some countries, as for instance France and India, already announced interest in this innovative concept, which is why further developments cannot be ruled out.

Last year the Spanish inhabitants were encouraged to transmit their views regarding environmental issues. The project was called “Muévete en Verde“. One of the winning concepts, which will soon be set into practice, is the idea of using garden-buses in Madrid. These buses are regular buses, with the exception that there is a garden planted on the roof – a moving blooming garden. The advantage is that the plants absorb a noticeable amount of CO2, which ultimately improves the environmental impact of buses. Furthermore, bus stops should also be transformed into small urban gardens. In the beginning, the project will be realized on line 27 and 34 in Madrid. They pass the countless sights of the Spanish capital. By the way, the rooftop gardens automatically reduce the temperature in the buses by about three degrees, which is a pleasing side effect especially during the summer months.