Expectations are high as the biggest European Championship tournament ever is just around the corner. A total of 51 matches will be played in France between 10 June and 10 July in order to find out which is the best football team that Europe has to offer. Although Spain has the possibility of scoring their third consecutive win – which would be unprecedented in the history of the Euros – there’s many competitors waiting for their chance to steal the show and to put an end to the Spanish football reign.

The Euro 2016 marks France’s third time as a host of this tournament. Having gathered the necessary experience in 1960 and 1984, the Grande Nation is well prepared to once more set the scene for Europe’s biggest football competition. France managed to prevail against the bids of Turkey and Italy and was announced as host country on 28 May 2010. Being located more or less in the centre of Europe, football fans from everywhere can easily reach France and its ten venues by coach, train or car. The providers of public transport services are prepared for a heightened demand and will most likely add extra seats and more connections. Should there be no ticket left, carsharing might be a good option to get to and from the stadiums and to follow your team alongside like-minded fans. 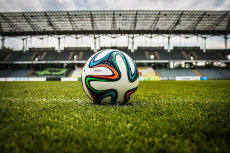 As France already hosted the FIFA World Cup in 1998, most of the country’s stadiums are in excellent shape. However, for diversity’s sake four new venues were chosen to host Euro 2016 matches, namely the Parc Olympique Lyonnais in Lyons, the Stade Pierre-Mauroy in Lille, the Stadium Matmut Atlantique in Bordeaux (also known as Nouveau Stade de Bordeaux) and the Allianz Riviera in Nice (also known as Stade de Nice). In exchange the Stade de la Beaujoire in Nantes and the Stade de la Mosson in Montpellier will not be deployed for Euro 2016. Other venues, including the Parc des Princes in Paris, were updated for this special occasion. The only stadium not in need of renovations was the Stade de France, the home ground of the French national team. With a capacity of 81,338 seats this venue is also the largest stadium used during the competition; the smallest one is the Stadium Municipal in Toulouse with 33,300 seats. Initially eleven venues were supposed to host France 2016 matches but Nancy withdrew its application resulting in a total of ten venues.

France 2016 is the first European Championship in which 24 teams take part. Amongst the competing teams are the usual suspects including France, Italy, Germany and Spain. Teams taking part in the Euros for the first time are Albania, Iceland, Northern Ireland, Slovakia and Wales. All in all three of the home countries managed to qualify for the football tournament with Scotland being the only one that did not make it through the Euro qualifiers.

The Euro 2016 will also mark the return of Hungary after a 44-year abstinence from the competition and of Belgium, who competed for the last time in 2000 as one of the host countries back then. Boasting one of the best squads on paper, Belgium is also regarded as one of the favourites to win the competition. After all, their team is made up of many Premier League household names including the likes of Courtois, Mignolet, Lukaku, Benteke, De Bruyne and Hazard. Also among the bookies’ favourites are the host country France and the current world champion Germany, who has managed to qualify for the twelfth time in a row. A team which should not be ruled out is Spain. Winning France 2016 would mean achieving the impossible and winning the tournament for the third time in succession. This might be possible especially since Vicente Del Bosque’s team seems more balanced after the retirement of Xavi and Puyol and less reliant on the Barcelona core.

With the group stage fixtures already terminated and settled, there’s a few particularly interesting encounters. On 16 June, for instance, Germany will face Poland at the Stade de France. The two teams have already met during the qualifiers and it was not a piece of cake for the current world champion Germany. Whereas the German squad won at home, they were defeated 2-0 away in Poland by the team surrounding Bayern Munich star Robert Lewandowski. Heated encounters can also be expected whenever two of the home nations meet: On 16 June England will play Wales at the Stade Bollaert-Delelis in Lens. On this occasion, first time qualifier Wales will have to prove that they are not a one-man-team consisting of Gareth Bale but that the likes of Aaron Ramsay and Ashley Williams make Wales a force to be reckoned with. During the group stage, the focus will also lie on Group E, the so-called “Group of Death” consisting of Ireland, Belgium, Sweden and Italy. It remains to be seen who will manage to advance to the knockout phase and whether ten time Swedish player of the year Zlatan Ibrahimović will take his team a step closer to the title.

As always in international tournaments, the knockout phase is utterly unpredictable and therefore probably the most exciting part of the tournament. However, since France 2016 will allow 24 instead of 16 teams to participate, there will also be more teams advancing to the knockout stage. A scheme that is familiar from World Cups is applied: It is no longer just the top two teams of a group moving on to the tournament’s next phase but also the four best third-place teams. Overall 51 instead of just 31 matches will take place during this year’s Euros. This also means that goal difference might be the decisive factor in determining who makes the cut and who doesn’t. The round of 16 will start on 25 June with the first matches being played in Saint-Étienne, Lens and Paris. 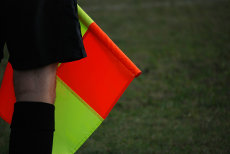 The UEFA Euro 2016 Final will take place in the host country’s largest stadium, the Stade de France in Saint-Denis. On 10 July 2016, the winners of the two semi-finals played in Marseille and Lyons will face each other and determine who gets to take home the cup in the end. The winner also automatically qualifies for the Confederations Cup, which will be played in Russia the following year. It remains to be seen who will succeed in the end: one of the favourites including Germany, Spain, France and Belgium or an underdog such as Wales or Portugal. After all, nothing is impossible in the Euros.